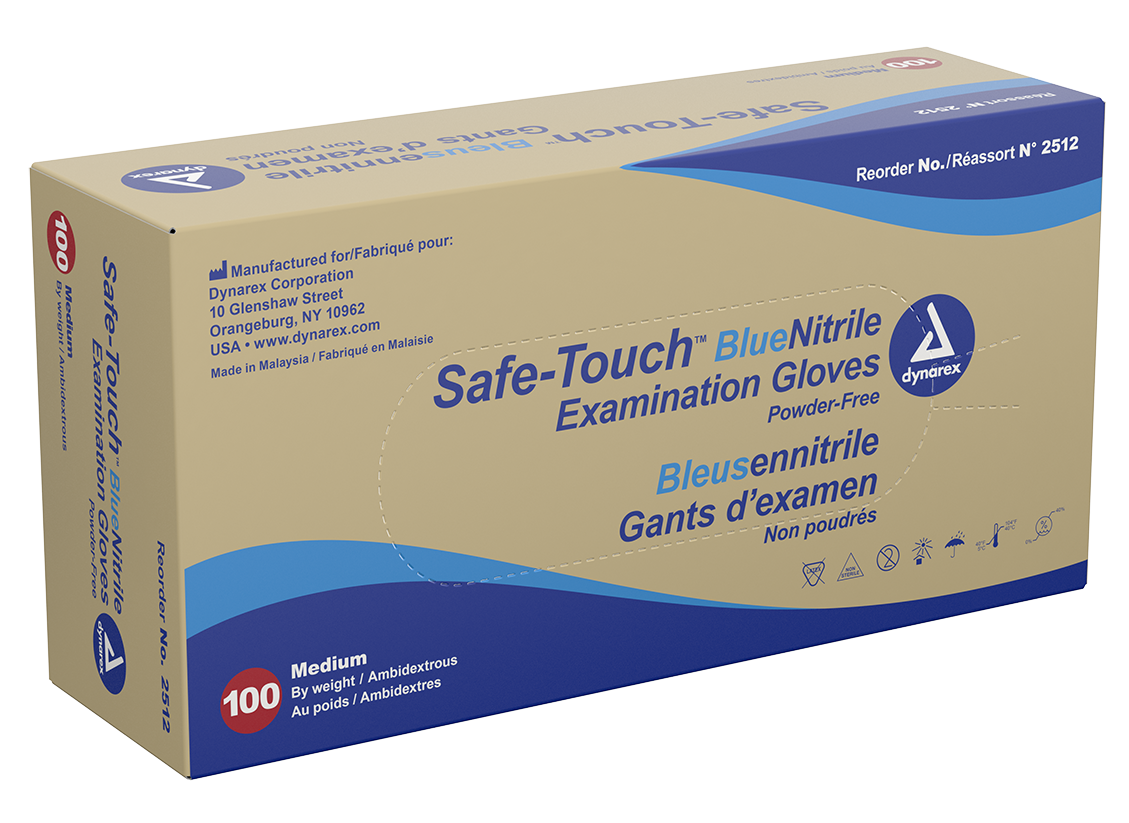 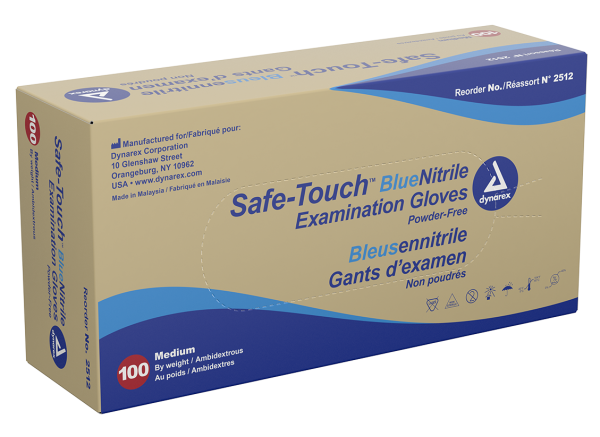 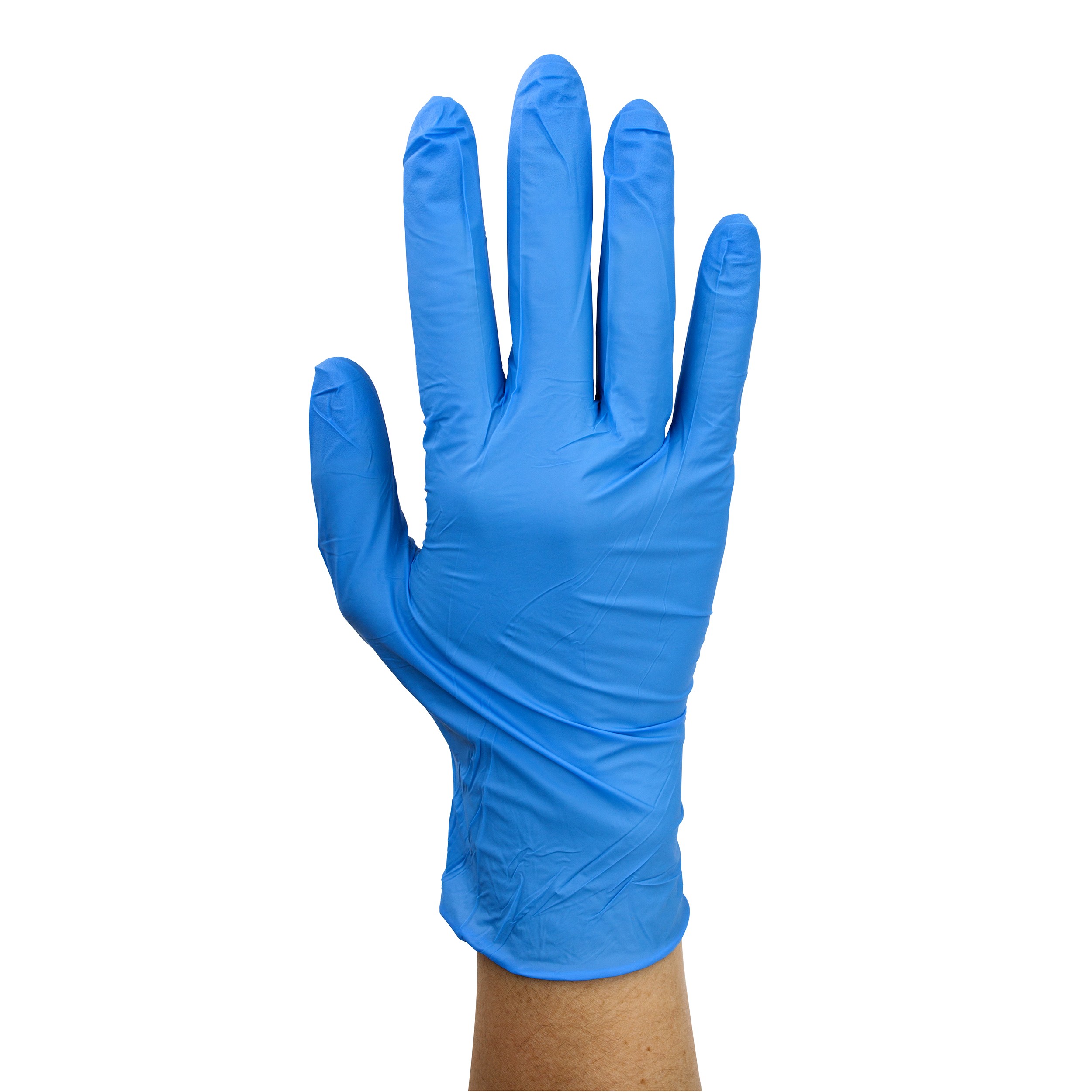 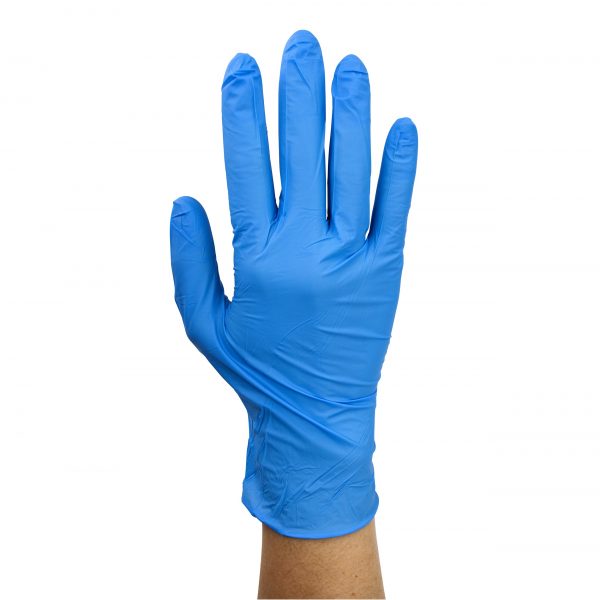 Safe-Touch Blue Nitrile Exam Gloves offer extra protection from contaminants and a superior-comfort fit without the risks commonly associated with latex. The gloves have textured fingertips and a minimum thickness of 3 mil. at the palm and 4 mil. at the fingertip. Ideal for a wide range of healthcare, professional, and food service environments.